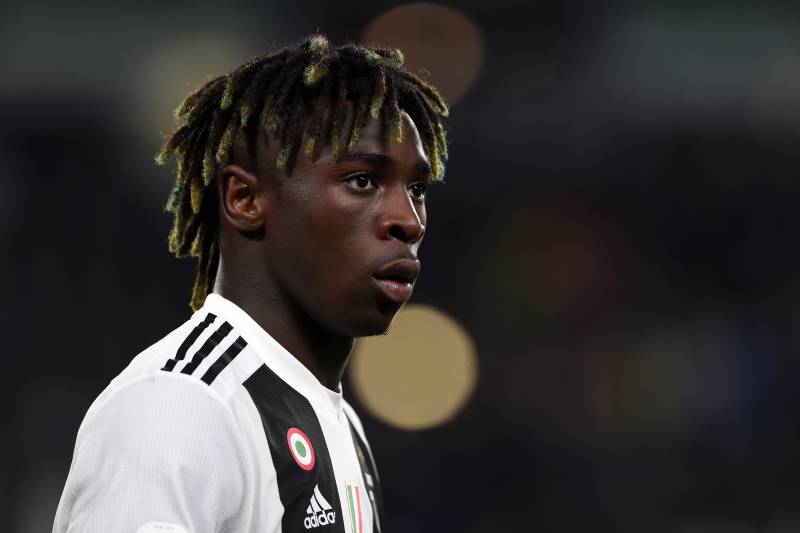 I’ve made it abundantly clear on all my social media platforms that I’m not a fan of Juventus Selling Moise Kean to Everton. The reaction to this news seems mixed. Some, believe it’ll be good for his development and feel he’s not ready to be a regular starter for Juve. Then, there are others like me that believe selling him is a big mistake and that  he’s definitely ready for the show. So, here are the reasons why I think Moise Kean being sold was a mistake.

REASON#1: His goals to games ratio was the second-best on Juve’s squad last season.

I know that using statistics are dry and boring. Some, also don’t think stats tell a lot of the story. But, I will talk about some stats anyways. Last season, man key players for Juve were not performing at the level they should. However, Moise Kean was the brightness that stood out for them last season. In Serie A, Moise Kean made 13 appearances and scored 6 goals. I know that’s a small sample size, but that’s really impressive for a kid whose ‘not ready’ to start for Juve. His goals to games ratio was the second highest on the bianconeri’s squad last season. CR7 was the only on the squad who beat him in that category, as he scored 21 goals in 31 appearances in Serie A. If you ask me, that’s impressive and will be one of the reasons Juve regrets selling Kean.

REASON#2: He’s currently better than any Juve Striker on the squad.

So far, under Maurizio Sarri, ideas have been floating around that he wants to deploy Cristiano Ronaldo as a striker, which is fair if that’s what he wants to do. However, if we’re looking at Juve’s strikers other than Moise Kean, it is quite apparent that they aren’t at his level. For some Juve fans, that’s just the harsh truth. Knowing that, Juve’s upper-management should’ve clued into that and tried to sell Gonzalo Higuain and Mario Mandzukic. Instead, those two haven’t been sold, and Moise Kean is being sold. Juve may have a master plan of buying a top striker, who knows. But, time is running out in the transfer window and it looks as though the bianconeri don’t have a true plan in regards to buying a new number 9. It’s no secret that they only have three weeks to make this signing, so time is running out.  I hope Juve at least buys another striker or CR7 will have to carry the club offensively, which will put  too much pressure on him and they won’t win all the silverware they want.

REASON#3: Not having a buyback clause in the deal means he probably won’t come back to Juve.

It seems as though there is likely not to be a buyback clause in Moise Kean’s transfer deal between Juve and Everton. Supposedly, there is a ‘gentlemen’s agreement’ that if Everton wants to sell Moise Kean in the future, Juve will be the first club they turn to for a transfer. Here’s the big problem with this. Let’s say that Moise Kean plays well on Everton and wants to move to a bigger club, chances are that Everton will sell him to the club that bids the highest, as opposed to sticking to a word of mouth agreement. Also, if in fact Juve wants to buy Moise Kean in the future, there is no guarantee that him and his agent want to sign with Juve again. That second point is less likely to happen, as it seems as though he bleeds bianconeri blood. However, a vendetta against his former club would be very possible. I hope he proves Juventus wrong and demonstrates his skills on Everton.

I will conclude to say this. While, I’m a big Juventus fan and I think selling Moise Kean to Everton is a crazy move, I hope he lights it up in the English Premier League and would be heavily considered to be part of Italy’s squad if they were qualify for the 2020 Euro tournament.