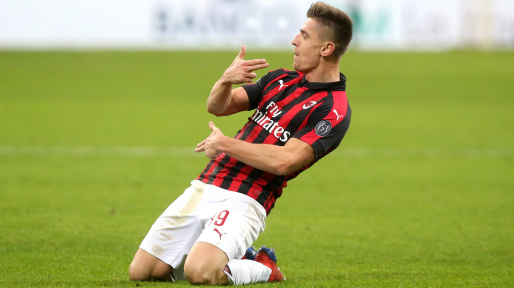 Sunday’s match between AC Milan will be interesting, as both of them desperately need a result to boost the morale of not only their players, but also their respective clubs. So, here’s my preview of this match for both clubs.

For the AC Milan players and their upper-management, the  previous two  results should be a huge wake up call. Not only did they lose to Inter in the Milan Derby last week, but they also lost 2-1 to Torino. Against Inter, they played a decent first half. Then, in the second half, they got dominated badly by the nerazzuri leading to a 2-0 loss. However, against Torino, AC Milan were getting their chances, but not converting on them. Their defense though, has been terrible these last couple of games. It could be because their midfield is weak as well, so that causes Milan’s backline to possess more pressure from opposing clubs. I don’t know how or when, but from a tactical perspective, that midfield will need to improve. It’ll especially have to move forward for this match against Fiorentina, as la viola is a very attack-minded squad and if AC Milan’s midfield is setup the way it has been so far this season, then it will get exposed terribly by  their dynamic offense.

When Fiorentina began the season, they knew it was going to be a very tough set of matches early on, as they had to face Napoli, Juventus, Genoa, Sampdoria, and Atalanta. They were able to manage two draws and a win in their first five games. However, one thing that’ll still need to be improved on immensely is their backline. In their first 5 matches, they’ve conceded a total of 9 goals. That’s nuts! But, their offense seems perfectly fine. In their first five matches of the season, they’ve scored 8 goals. If Fiorentina wants to win this match and many other important ones, they’ll need to somehow find a way in which to concede a significantly lower amount of goals. The great thing about this Fiorentina side coming into this match is that with the ball they’re a fast moving and fluid offense. As a result, they can definitely exploit AC Milan’s vulnerable defense and below average midfield. It’ll be a tall order to get a result at the San Siro. But, it’s very possible.

I hope this fixture will be a fun one to watch. Also, I hope that both of these clubs will put on a showsand give Serie A fans a night to remember. The match will start at 2:45 pm Eastern Time, for those who want to watch.

One thought on “Previewing AC Milan VS. Fiorentina”