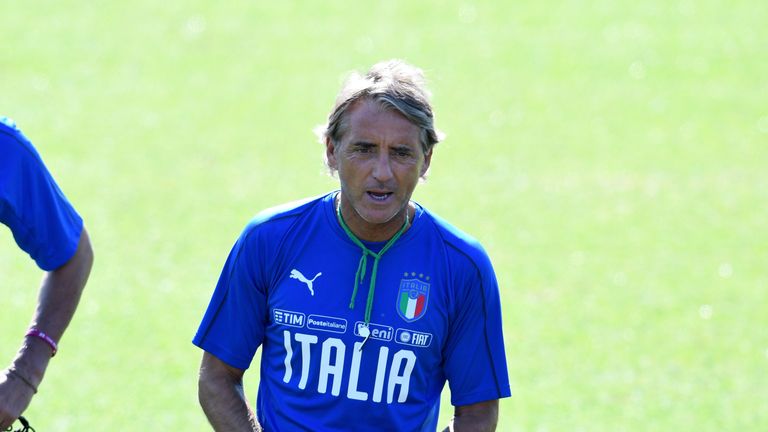 Coming into this campaign, Italy needed to start rebuilding for the future  to return to what they once were and  so far, they’ve done that under Mancini. Here are my three takeaways of Italy’s Euro 2020 Qualifying Campaign, thus far.

Roberto Mancini Has Called Up A Lot of Young Players

Coming into this, fans of the azzuri wanted to see Mancini call up players to the national squad that were younger, as under Ventura, we all know what happened and it just so happened that  throughout the 2018 World Cup Qualifying Campaign there  were a lot of older players there. Even if these younger players haven’t gotten the desired playing time for the club they represent, Mancini still seems to call up as much young players as possible. So far, many of these players haven’t disappointed and I hope Mancini keeps recognizing the talent of some of these young guns and continues to bring them to the azzuri’s squad.

Italy Has Flourished Offensively Under Mancini

So far, in this qualifying campaign, the Italian national team has scored 18 goals with 4 matches remaining. Whereas, in 2018 World Cup Qualifying, they scored a total of 21 goals. A big reason for this has not only been Mancini’s implementing of a new philosophy, but also the wingers he’s deployed to play alongside the strikers. For many years, Italy has relied on a talented number 9 to carry the load in terms of goals. However, by calling up wingers such as Bernardeschi, Federico Chiesa and others he has taken the pressure off the starting striker to score and that has benefited them significantly.

The Amount of Goals They Conceded Has Reduced

During 2018 World Cup Qualifying, Italy conceded 9 goals in total. Whereas, in this campaign, they’ve only conceded three goals, which is a significant difference. Although, it could change. But, on the surface you’d wonder why this has happened, as Italy has played a more offensive style, which leaves them more exposed at the back, right? Well, think again. By pressing so high up the pitch when they don’t have possession, they’ve slowed down the flow of their opponents offensively. Also, as a result of an improved central midfield, it’s now way more difficult for opponents to enter Italy’s half, which makes it harder for the opposition to be in good attacking positions. I hope this continues, as it’ll be important should they qualify for the 2020 Euros next summer.