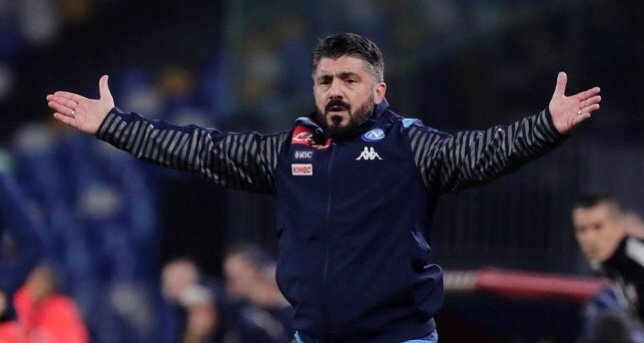 It’s no secret that Napoli hasn’t been stellar so far this season. Before the season started, I predicted that they’d be Juve’s number one title challenger this season. I was wrong and now for Napoli to qualify for the Champions League next season it’s next to impossible. As a result of this disastrous season for Napoli, I’m doing an article on three ways they can improve. So, get ready for me to be an armchair manager and armchair member of Napoli’s upper-management.

1. TRY TO SIGN A STRIKER IN THE WINTER TRANSFER WINDOW

Like most things, this is way easier said than done. However, Napoli urgently needs a striker. Last summer and even the one before that, Napoli fans have been wanting their club to sign a proven striker. However, now that Mertens is out, it’s been even more noticeable. Milk has done pretty well and scored 7 goals in 10 game of action so far this season. But, Dries Mertens, Lorenzo Insigne, Jose Callejon, and Hirving Lozano have only combined for 8 goals in total, so far this season. For players who play as either wingers or strikers, that’s absolutely pathetic! They’re also tied for 8th most goals scored this season as a team with 28 goals, which highlights their problems even more. Listen, there are only close to two weeks left until the January Transfer Window is done, but Napoli’s upper-management should make buying a striker a priority this month.

2. BENCH LORENZO INSIGNE OR REMOVE HIM AS CAPTAIN

Don’t get me wrong, I’ve admired Lorenzo Insigne as a player throughout his career. However, desperate times call for desperate measures. In this case, it holds true, as Insigne clearly hasn’t been near his best this season and maybe benching him will give him the motivation he needs to perform better. With only 4 goals and 3 assists so far this season, it’s obvious just how below par he’s performing. Also, by benching him and starting someone such as Hirving Lozano, it could improve their frontline and turn things around for them. One other thing that Napoli should consider is stripping his captaincy from him. Now, I’m not fully for this move, as it’s really drastic. But, ever since Hamsik left Napoli and the captain’s armband was given to Lorenzo Insigne, they haven’t performed how they should. There’s some food for thought for Gennaro Gattuso and other members of Napoli’s management.

3. PUT DI LORENZO BACK AT RIGHT-BACK

Ever since 2020 began, Gattuso decided it’d be a good idea to place Giovanni Di Lorenzo at centre-back, instead of at right-back, where he seemed to be performing well. I understand that Koulibaly is injured. But, it’d be better to place Di Lorenzo at the position he was at before because he doesn’t look comfortable as a central defender. It’s only been a small sample size of two games, but Napoli clearly needs to string together some good results and this would definitely help. Luperto or Tonelli aren’t ideal options to replace injured Koulibaly for the time being. However, it’d be better to place players in that position that are used to playing as central defenders. If Gattuso implements this change, they may actually get the results they want and might actually move up in the Serie A table. Let’s hope Gattuso thinks about this before Napoli’s next match against Fiorentina