Last season, Kumbulla played absolutely marvellous and grabbed the attention of some clubs in Italy. You probably already know this. But, just in case you didn’t, Kumbulla signed with Roma! In some people’s eyes, this is the best Serie A transfer of the transfer market. I’m rating at number three. However, that doesn’t take away just how good of signing this is. Roma clearly needed another centre-back and they definitely got another adequate one in Kumbulla. The toughness and defensive skill he’ll bring to the squad is already noticeable early in the season. Kumbulla is probably one of the most physically imposing defenders in his age group. He also possesses the defensive intelligence to be world-class. One of his weaknesses is his technical abilities. But, Roma just needs another defender that knows how to defend at a top-level.

One of Napoli’s needs coming into the Summer Transfer Window was a striker. There were several names linked to the club. However, they ended up landing a highly-touted young striker, Victor Osimhen, from Lille. It cost them a pretty penny. However, this addressed Napoli’s huge need at striker. Also, he’s young so he should benefit Napoli long-term. He possesses so many great qualities that a striker needs. His positioning and all that stuff are very good. He even possesses the above-average technical ability and is also a good passer of the ball. So, he’s versatile. Another reason why this was such a great signing for Napoli is that it gives them more options in the attack. That’s key for Napoli because they’re competing in the Europa League as well as the Coppa Italia and Serie A, so he provides much welcome depth. I can’t wait to watch him blossom for Napoli!

During his time at Dortmund, Hakimi showed how world-class he is as well as can be. Now, he’s part of Inter’s squad. I’m not even an Inter fan and still hasn’t even sunk in that Hakimi is playing in Serie A. He possesses so many good qualities. Not only is he super fast, but he also provides so much in the attacking half and can defend well for a full-back of his age. By signing Hakimi, Inter addressed one of their massive needs which were signing a wingbacks. At Dortmund, Hakimi was deployed as a right-back. However, it’s clear from the first few matches that he fits being a right wing-back. He possesses top attacking ability down the right side of the field. It’s not only that, though. He has so much speed up and down the field, that his tracking back is also world-class. I don’t know if I’ve seen a player in a while that can transition from attack to defense or vice-versa so rapidly. It’s remarkable to see it!

Thanks for reading this article! Be sure to spread the word about my blog to people you know that are interested in calcio or want to learn more about it. If you’d like to follow me further, my Twitter handle is @calciofanblogs1, my Instagram account is @calciofanblogs, and my Facebook Page is Calcio Fan Blogs. Additionally, if you’d like to reach out to me, email me at calciofanblogs@gmail.com and/or connect with me on LinkedIn! 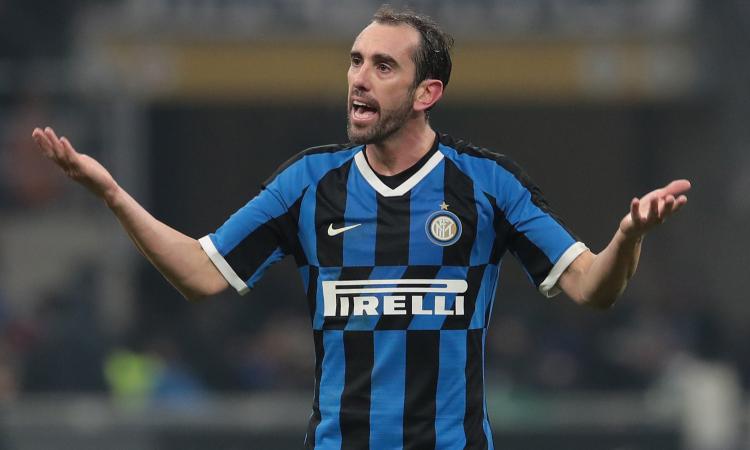 So far, it’s been a season fulls of many ups and downs for Inter. They definitely possess the talent to compete for Scudetto. However, they’ve been exposed in some areas. So, here’s my latest article where I write about Inter Milan’s needs in the Summer Transfer Window.

As I’ve eluded to in previous articles such as this one, a top right-back at a decent price is tough to find. However, like some other clubs, Inter definitely needs one. In Inter’s case, their search is even more difficult, though. Antonio Conte likes to play a 3-5-2, which requires wingbacks. It’s tough to suggest right-wing backs they should go for just because not a lot of clubs play with that formation.  However, one player that could maybe fit that mould is Joao Cancelo. He definitely has to work on his ability to defend. But, he’s fast and can definitely create a lot of great attacking plays from that position. Victor Moses is not good enough in that position for Inter, neither is Candreva. Also, signing Cancelo would be simpler than the last couple of summers, considering at Manchester City, he hasn’t gotten playing time. This is definitely Inter’s biggest need and an area they should invest in, in the Summer. This is an interesting one because, on paper, their starting midfield doesn’t have flaws. It definitely has little vulnerability. However, if Inter can, it’d be great if they tried to sign a box-to-box midfielder in the next transfer window. Now, this is a tough position to go for just because similarly to a right-back, it’s tough to find a top box-to-box midfielder for a cheap price. For this Summer, I don’t think it’s realistic for them to sign Sergej Milinkovic-Savic or Paul Pogba, who can play that position. However, since Stefano Sensi is injury-prone, maybe, they can sign a box-to-box midfielder to rotate with him, throughout next season. This is not their primary need in the Summer, but it’s an area worth looking at. Within Inter’s starting 11, they definitely have top Centrebacks. The likes of Skriniar, De Vrij and even Bastoni have been tremendous this season. The only thing Inter needs to improve in this area is their depth. Godin has lived up to expectations at Inter. However, I think he’d be a great backup option. I think that if Inter wants to improve their depth in this area, looking at players such as Kumbulla, Armando Izzo, or even Felipe may help immensely. It’d also be good to increase competition with any of those signings, which would increase their level of performance. Hopefully, they can sign either of those three or others in the centreback position.

Maybe, the current season resumes and Inter improves their place in the standings. However, either way, these needs should be addressed. Of course, if it can be done. So, there you have it, here’s this article where I discuss Inter Milan’s needs in the summer transfer window.

Last Summer, it was quite obvious that Fabio Paratici failed to address Juve’s needs. Signings such as Danilo didn’t help. Hopefully, this summer Paratici gets his redemption. So, here are the reasons why Fabio Paratici needs to rebound this summer. Be sure to enjoy! 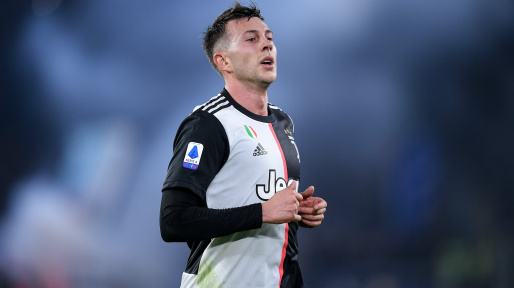 A lot of fans tend not to be experts. However, the power of fans shouldn’t be dismissed. A good portion of the time, clubs such as Juve, make marketing decisions to cater to fans. That’s one of the reasons why they’re successful. But, fans may boycott the club if they don’t make great player-personnel decisions. It was quite obvious that Paratici made a few blunders, last summer. In my opinion as a fan, the biggest blunder was selling Joao Cancelo and not adequately replacing him. Now, I don’t know what happens at training and in the locker room, but Paratici should’ve found a better replacement. It seemed as though, signing Danilo was done out of panic. Also, not addressing Juve’s Central Midfield probably didn’t help fan opinion. This summer, Paratici will need to come back strong if he wants fans to be satisfied.

2. To Help Juve’s Chances of Winning the Champions League 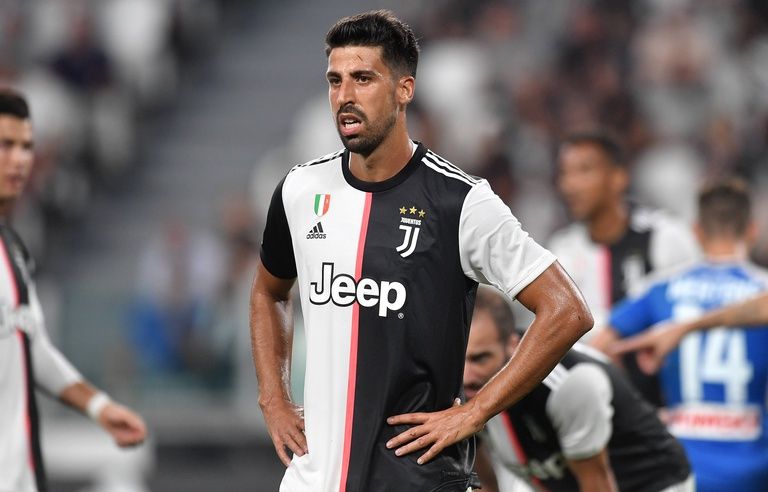 We don’t know what’ll happen with the Champions League this season. However, because Paratici didn’t address Juve’s biggest needs adequately last summer, I didn’t think Juve was a serious Champions League contender this season. In my opinion, it’s obvious which areas Juve needs to address this summer. A previous article of mine talks about one of them. Here is the article. I’d argue Juve’s biggest need to become a serious Champions League contender, is their central midfield. Since 2017, Juve has lacked a top central midfielder. For Paratici to redeem himself, he’ll need to look into signing a top central midfielder. I know that’s not a simple signing. But, to be a serious contender for the Champions League, that’s a must! Another position on the squad, Paratici needs to seriously address this summer is at right-back. Since Lichtsteiner left, Juve has lacked a right-back that can defend well and influence the attack at the same time. Anyways, for Paratici to rebound in July and August, he needs to make signings that’ll give Juve a great chance at winning the Champions League.

Paratici will definitely have a massive challenge trying to address Juve’s needs while adapting to the possibly unusual Summer Transfer Window this year. Thank you for reading this article on why Fabio Paratici needs to rebound this summer.

Napoli’s fans and players will definitely want to forget that this season happened, altogether. However, maybe this season was good because it highlighted lingering Napoli has had for some seasons. So, here are Napoli’s biggest needs in the Summer Transfer Window!

Jose Callejon was once an effective player for Napoli. However, it’s been obvious for a while, that isn’t the case anymore. He’s definitely past his prime and Napoli should get rid of him or buy a right-winger to take his place. Now, of course, there’s Hirving Lozano who Napoli bought in the Summer of 2019. But, he hasn’t gotten a lot of playing time over the course of this season and hasn’t proven he can be a consistent starter, yet. Napoli should at least keep him though, as he still has tons of potential. It’s pretty clear to me that Napoli has lacked a substantial attacking threat down the right side of the field and it’s something they need to address in the summer.

Faouzi Ghoulam has definitely proven he’s more than capable of being a starter for Napoli. Unfortunately, his flaw is that he’s injury-prone. Now, I’m not trying to say Napoli should sell him, but they should at least buy a left-back that can at least compete for a starting place with him. Mario Rui has warranted a lot of criticism, in my opinion. He’s not the worst at contributing on the offensive end. However, defensively, he definitely leaves himself exposed multiple times over the course of each match. Therefore, I believe Napoli should look to sell him in the summer. Especially, if they’ve already bought another left-back.

Whichever needs you believe that Napoli has to address in the Summer Transfer Window, one thing is clear. That’s the fact that Napoli needs to improve next season, as this season they’ve performed way below expectations.

Thank you for reading this article! You can also find me on Twitter @calciofanblogs1, on Instagram @calciofanblogs as well as on my Facebook Page, which is called, Calcio Fan Blogs.